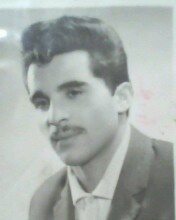 Seyed Javad Hazavei was born in Hamedan in 1948. His father was a popular cleric and his mother was a householder. Due to poor economic conditions, Seyed Javad could not continue his education and turned to blue-collar job in order to support himself and his family. Following his father who was a political activist against the regime, Seyed Javad joined the ranks of the revolutionaries and became associated with them. One of those revolutionaries that Hazavei had been connected to them, was Ayatollah Madani, close aide of Imam Khomeini. Hazavei’s link to Ayatollah Madani was continued after the revolution, when, he joined the Revolutionary Guards. After starting the imposed war, Hazavei attended in operational areas. Meanwhile, he was Head of Basij in Manouchehri District of Hamedan. Seyed Javad Hazavei who had active role in countering anti-revolutionary groups, especially the MKO terrorist group, finally was assassinated by them on November 30, 1982 in Shahid Shahhoseini avenue, Hamedan.