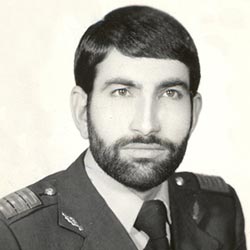 Ali Akbar Dehghani Zamani was born in a Shahr-e Rey, the capital of Rey County, Tehran Province, on April 14, 1944. Ali Akbar’s parents were farmers.    He finished the high school with the diploma in mathematics and then joined the Armed Forces. There, Ali Akbar passed all educational stages with considerable success. At that point, he went to the US to continue training in the field of electronic-warfare aircraft. After the victory of the revolution, Dehghani co-founded Islamic Revolution Committee of Karaj and Islamic Society of Air Force. Finally, on December 07, 1982, he was assassinated by Mujahideen-e Khalq terrorist group. Ali Akbar Dehghani Zamani had two children.