In Mojahed, No. 316 issued in 1993 about the Head of Peace Committee it was mentioned:

“Mahdi Abrishamchi was born in 1947 and started his political activities while he was a student in Technical University where he participated in student strikes and demonstrations. In 1969, with the understanding that political struggle and gatherings were futile, he accepted the armed struggle adopted by MKO and immediately entered into collective houses of MKO.

Since he was a student in chemistry engineering, he joined 3 other MKO members in the Chemistry Group. This group was first under the supervision of Moussa Khiyabani and Ali Bakeri. This group was in charge of preparing instructions for preparing explosives and invisible inks.” The last task of the group before the strike of 1961 was to prepare a considerable amount of explosives and detonators for MKO operations during the celebrations of the 2500 year of the establishment of kingdom in Iran. He was arrested in 1961 by the security services of the then regime in Iran.

After the 1979 Revolution he resumed his activities with MKO and became a member of the Central Office. Upon the entrance of MKO into the military and terrorist phase in 1981, he assumed responsibility for security issues. He was then made the commander of terrorist teams of NLA and during the terrorist operation named Eternal Light, he was Deputy General Commander. He became a member of NCRI in 1992.

During the Iran-Iraq war, in which MKO made common cause with Saddam Hussein, Abrishamchi became the informant of MKO and provided Ba’ath Party with intelligence on Iran’s movements.

The intelligence have been gathered by wiretapping teams along the Iraq-Iran border. Then, these information have been completed by another section called “Wiretapping System” located in Germany and France. Finally, Abrishamchi was the person in charge of submitting these data to the highest officials of Iraq’s Ba’ath party. 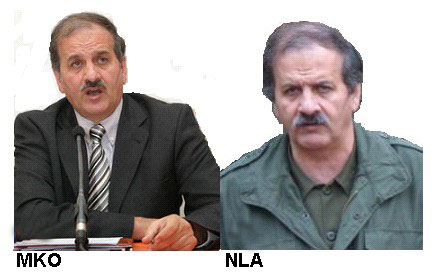 Abrishamchi accompanied Masoud Rajavi in all the confidential meetings with General Tahir Jalil Habush, the then Iraqi intelligence official (Mokhabarat). These sessions were held for getting the necessary facilities for the assassination of the Iranian personages.

After the occupation of Iraq by the U.S., Abrishamchi secretly moved to France. During the Ideological Revolution, he not only left Maryam, his legal wife, but he also granted her to Masoud Rajavi and he got married with a young girl who was 17 years younger than him.