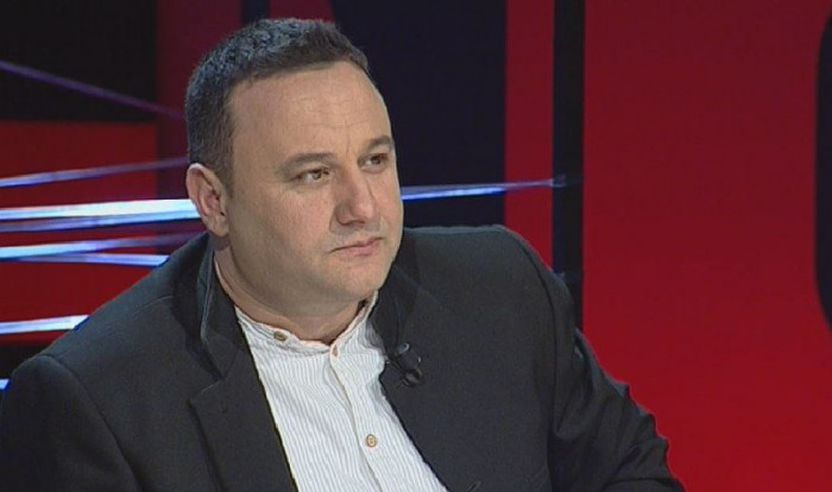 An Albanian historian and journalist tells Press TV that Israel’s secret services use the anti-Iran Mujahedin-e-Khalq Organization (MKO or MEK) terrorist group to impair Iran’s security and to pressure the Islamic Republic to end its support for Palestine.

“The thing is that the MEK is being used by Israeli secret services and certain groups in the United States to harass the security of Iran,” Olsi Jazexhi said in an interview with Press TV’s News Review program on Saturday, ahead of the annual meeting of the terrorist group, which is usually attended by top US officials.

“Many of the people who are going to speak in their conference today are die-hard Israeli Zionists – people who support Israel and want the extinction of the Palestinian people,” Jazexhi said, noting that the MKO is being used as a tool to pressure Iran to stop its support for Palestine.

He maintained that the MKO needs a big budget for its survival, which “we suspect comes from Saudi Arabia or the United Arab Emirates.”

He also described the MKO as a “cultish organization” that keeps slave soldiers, including the prisoners of Iraq’s imposed war on Iran in the 1980s, during which the group joined forces with former Iraqi dictator Saddam Hussein to massacre Iranians.

According to the Albanian journalist, the group organizes money laundering and human trafficking in Europe, in addition to its gross human rights violations against its members.

“They are surviving, but this is their last breath,” he said, adding that in spite of the group’s campaign of death and destruction against the Islamic Republic, “they cannot do anything to Iran” as a powerful, independent country.

After it was founded more than 50 years ago, the MKO launched a campaign of bombings and assassinations in Iran. Out of the nearly 17,000 Iranians killed in terrorist attacks over the past four decades, about 12,000 have fallen victim to the group’s acts of terror.

The ill-famed terror group is currently based in Albania, where it enjoys freedom of activity after being delisted by the European Union and the United States in 2009 and 2012 respectively.

“The MEK have no credibility in Iran. They’ve been carrying out these assassinations even to this day, even the assassination of the nuclear scientist Fakhrizadeh is said to have had MEK involvement along with Mossad,” he said.

Abbas said the MKO is effectively an extension of the “Anglo-Zionist deep state,” and is basically involved in only killing, murdering and maiming Iranians.

He also criticized Western countries’ hypocrisy in supporting the terrorist group, saying, “I think that the rest of the world, which gets cowed by American vetoes, by American sanctions, need to really grow a backbone” to come to terms with such hypocrisy.

“One would hope that such terrorist organization should be pulled up by the international community instead of being the absolute hypocrites that the Western regimes have shown themselves to be in case of MEK,” he said.

He added that the West is funding the MKO, helping them with their planning, and also giving them intelligence to carry out their operations.

Mohammad Marandi, a professor of international studies at the University of Tehran, also told Press TV that the MKO receives support from all Western countries – including Canada, the United States, the EU and Australia – rather than just some European countries.

“All of them support this terrorist organization. Just as they supported al-Qaeda in Syria and ISIS (Daesh) in Syria, these countries have been supporting terrorists that have been active in Iran,” Marandi said.

He explained that when the MKO began its bombing campaign in Iran in the early 1980s, they had offices in Europe, in France in particular, and when they joined Saddam Hussein’s army and became a part of his military, they gained even further support from Western regimes.

“The MEK terrorist organization receives funding from European governments and the United States, and the murders ... they carry out and the espionage they carry out are fully backed by Western regimes,” the Iranian professor stressed.

He also maintained that one should not focus on the participation of certain American officials, including Bolton, when analyzing the group’s links to the US.