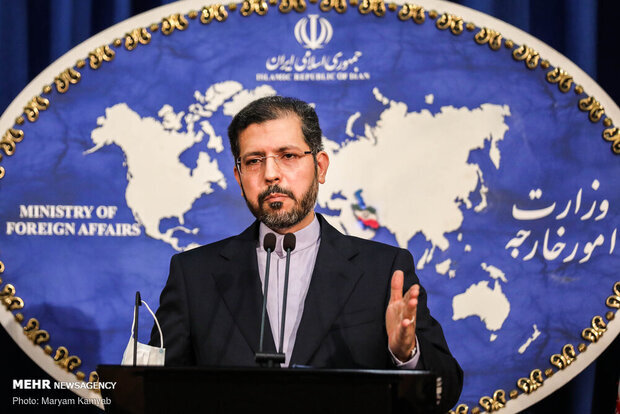 Saeed Khatibzadeh, in response to the recent accusations of US Secretary of State Mike Pompeo regarding Iran’s alleged links to al-Qaeda, on Tue., said that repeating the accusations and showing false documents under the titles of disclosing confidential information by US Secretary of State Pompeo in one week left to Trump administration's bullying rule is a sign of desperation and helplessness and the failure of their policy of maximum pressure on Iran.

Resorting to these old and baseless tricks and claims can in no way help the wrong path of American terrorist regime and restore unjustified image of its officials, Khatibzadeh added.

Pompeo had previously sought to forge a link between Iran and al-Qaeda during his tenure as CIA director, in exchange for oil dollars, to blackmail and falsely propagandize responsibility and pressure on US allies accused of al-Qaeda and supporting 9/11 attacks but by the end of Trump administration, he failed to make self-made narrative credible in American and world public opinion.

The Islamic Republic of Iran, which has been a victim of US state terrorism and its affiliated groups for many years, has a clear and defensible record in the fight against al-Qaeda and ISIS terrorism.

Khatibzadeh’s remarks came after US Secretary of State Mike Pompeo made baseless claims on Tuesday that the Islamic Republic of Iran has been cooperating with Al-Qaeda.

Mike Pompeo said on Tuesday, without providing solid evidence, that al Qaeda had established a new home base in Iran and the United States had fewer options in dealing with the group now it was "burrowed inside" that country.