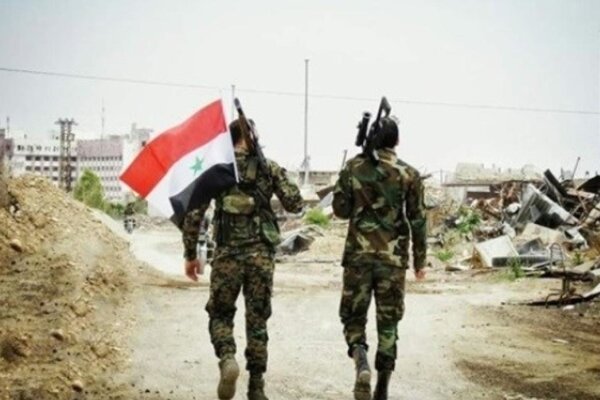 Senior Iranian and Syrian officials discussed on Saturday the bilateral ties, especially the cooperation in the fight against terrorism.

Khaji noted that “the cooperation between Iran, Russia and Syria in the fight against terrorism will continue in a bid to find a solution for the ongoing crisis in Syria.”

Referring to the US’ sanctions against the Syrian nation that have hampered the country’s battle against the coronavirus pandemic, he stressed the need for the international community to support Syria’s territorial integrity and opposition to Washington’s cruel sanctions.

The Syrian ambassador, for his part, underlined the need for bilateral as well as regional cooperation to tackle such challenges.

U.S. ‘not a good yardstick’ for measuring anti-terror efforts: Tehran