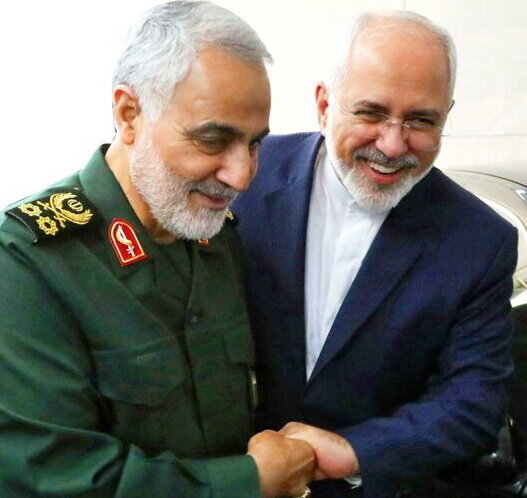 Zarif made the remarks in reaction to the US recent act of assassinating the IRGC commander Major General Qasem Soleimani.

Undoubtedly, the US act is regarded as a breach of Iraq sovereignty and a terrorist act for killing a person who had sacrificed all his life for fighting cruelty, arrogance, terror and Takfirism.

He added that IRGC Guds commander and his Abu Mahdi al-Muhandis played major role in fighting against ISIS in Iraq and Syria.

Describing the US measure as a sign of the defeat it suffered due to what General Soleimani did, he said the terrorist act will boomerang to the US itself and become a great source of pain for it by people of Iraq, Syria and the region as well.

Soleimani’s blood will make the tree of resistance even stronger, make Iranians more united and consequently foil the US plots in the region, he noted.

The IRGC has confirmed the martyrdom of the great commander in a statement.

Earlier, Iranian President Hassan Rouhani in a message expressed his confidence that the flag of dignity, honor and bravery this martyr will remain hoisted by the great troops of Islam and the honorable path of resistance and sacrifice will continue with strength.