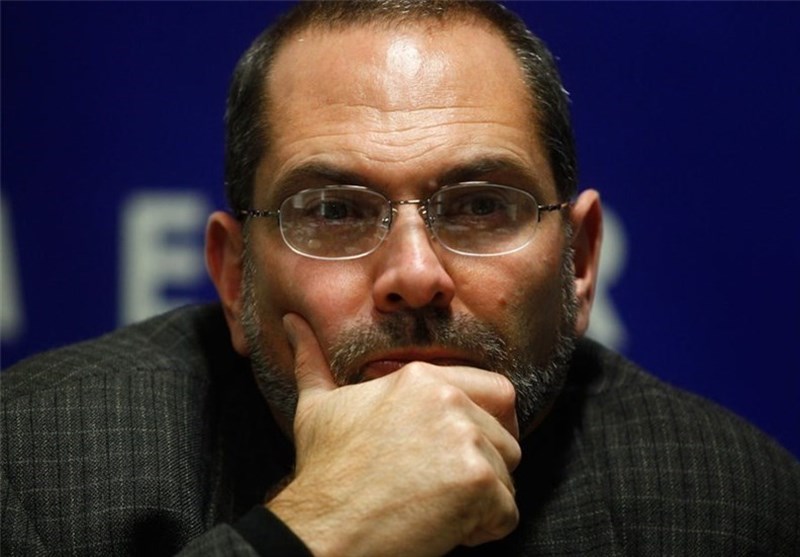 An American political analyst highlighted the root causes of a recent mass shooting in New Zealand's Christchurch and said the terrorist who killed 50 Muslims in the incident is "a creature of Israeli intelligence".

"Brenton Tarrant, the white Christian terrorist and mass-murderer credited with these murders was merely acting out in accordance with the programming he has received over the course of the last 2 decades by a Jewish mainstream media whose aim is to turn every Christian in the West into a ticking time bomb of sorts who feel it their religious, personal or political duty to go to war against Islam," Mark Glenn, from Idaho, said in an interview with the Tasnim News Agency.

"Tarrant is a creature of Israeli intelligence in that his mind (and subsequently his actions) were hijacked years ago and filled with psychological black magic cooked up in Israel and transferred via a Jewish controlled mainstream media and Hollywood in order to turn him into the lethal instrument that he was and is," he said, adding, "And what makes this situation so dangerous is that there are millions just like him."

Glenn is a writer and co-founder of the Crescent and Cross Solidarity Movement, an interfaith forum dedicated to uniting Muslims and Christians against Zionists. He has his own blog The Ugly Truth.

The following is the full text of the interview:

Tasnim: Turkey hosted an emergency meeting of the Organization of Islamic Cooperation (OIC) about "increasing violence based on Islamophobia" in Istanbul a week after the New Zealand mosque attack killed at least 50 Muslims, including children. What do you think about the importance of the emergency meeting and the concerns of the participants?

Glenn: Both the importance and the concern on the part of the OIC participants in the emergency meeting is certainly warranted, but for reasons rooted in a much, much bigger problem than simply the murder of 50 innocent Muslims in New Zealand.

Based upon the discussions, dialogues and debates that have taken place over the almost 2 decades since the Israeli-engineered terrorist attacks against America on 9/11/2001 and the subsequent ‘war on terror’ demanded by Israel that followed, one of the CENTRAL items that has somehow missed the attention and discussion of those who make it their business to comment on such things is that the reasons for Israel carrying out those terrorist attacks were not merely rooted in seeing Iraq destroyed or of offering Israel ‘cover’ so that she could proceed with her plans of cleansing the Levant of Palestinians, but rather, the much more serious plan of de-Islamicizing the ENTIRE world, and by that I mean specifically in bringing about the eradication of 2 billion Muslims and of having the religion of Islam erased from all human affairs.

The plan on the part of this backwards and violent theocracy known as the Jewish state that operates under Judaic principles of ‘all or nothing’ is to see the Christian West and the Islamic East--aggregately making up half the world’s population and both of which Israel views as mortal enemies--to spend the next 100 years or so at war against each other until both mutually destroy the other, the Islamic world through overt war and the Christian West by the utter bankruptcy that must follow as the inevitable consequence of such as war.

Therefore, the murders in New Zealand must be viewed within this larger context. Brenton Tarrant, the white Christian terrorist and mass-murderer credited with these murders was merely acting out in accordance with the programming he has received over the course of the last 2 decades by a Jewish mainstream media whose aim is to turn every Christian in the West into a ticking time bomb of sorts who feel it their religious, personal or political duty to go to war against Islam.

Tasnim: Brenton Tarrant, the Australian terrorist who carried out the pre-planned attack on two mosques in New Zealand’s Christchurch, penned a 74-page manifesto that he published around the time of the shootings. Revealing his admiration for Anders Behring Breivik, who killed 77 people in Norway back in 2011, Tarrant also praised US President Donald Trump as "a symbol of renewed white identity and common purpose." Breivik’s attacks in Norway were described as "lone wolf" domestic terrorist attacks. Some claim that the terror attack in Christchurch was also the same. Can we describe the attack “lone wolf” or you think that an anti-Islam current is behind it?

Glenn: As I stated earlier, that there is an anti-Islam current to it is a severe understatement. Tarrant is a creature of Israeli intelligence in that his mind (and subsequently his actions) were hijacked years ago and filled with psychological black magic cooked up in Israel and transferred via a Jewish controlled mainstream media and Hollywood in order to turn him into the lethal instrument that he was and is. And what makes this situation so dangerous is that there are millions just like him.

It is important to understand within the context of all of this that the ‘angry white male’ prototype is a very specific phenomenon these days. In the West, where organized Jewish interests maintain total control over the media and other forms of entertainment, a very specific agenda has been in place for decades in turning white western men into instruments of state-sponsored terrorism and violence. Movies cranked out by Jewish Hollywood for decades have featured characters played by white men using violence and guns to solve their personal problems, and this cannot have any other effect than what we see today in what is now a tidal wave of violence that features almost exclusively trigger-happy white males who have been programmed to engage in this sort of behavior since they were children.

Furthermore, it is very important to note that the common template that almost always features with these ‘lone wolf’ killers is that they are undereducated, underemployed, and with no wives, children, or family responsibilities, also a result of a media campaign that has turned Western society in general into a dysfunctional social organism that can only breed frustration and bitterness on the part of white males who feel they were ‘cheated’ out of what was rightfully theirs.

Glenn: I wish I could give a more optimistic picture of possible remedies to the hatred of Islam, but my own personal experience on this matter instructs me otherwise. One of the central platforms from which I as a Christian writer and speaker with deep familial roots in the Middle East have operated since 9/11 has been in trying to de-program fellow Christians of the Judaic/Zionist programming they have received against Islam and I can tell you that facts mean very little to them. You can show them what the Quran says about Jesus, His Blessed Mother and His followers, but they will inevitably fall back on what the Jewish controlled mainstream media tells them. What’s worse is that most of the Christian churches in America have for all intents and purposes been turned into synagogues where Zionism, love of Israel, and hatred of Islam are preached every week. And again, we have to understand the specific psychological programming that has been targeted against Americans. As a result of decades of Zionist control of the media, entertainment, political discourse, social discourse, etc., Americans in general have de-evolved as a society and have become like a large, violent gorilla with whom reason is impossible.

The arguments against Wahhabism--as valid as they are, nevertheless will have no effect whatsoever on the average American who makes no distinction between Wahhabism and Islam in general. Here in America, even Christians of Middle Eastern descent have been targeted with violence simply because the women are Middle Eastern in their physical appearance and who wear veils while attending Christian religious services in their churches.