The Mujahedeen e-Khalq terrorist group has claimed responsibility for the assassination of head of Basij Force in Gomrok District of Tehran, in 1984.
According to Habilian Association database (Specialized Center of Research on the MKO's Crimes), the MKO terrorist group has made the confession in No. 220 of the Mujahid Journal, the group’s main press organ during early years of the 80s.
According to this news that the MKO’s publication has referred to it as a document for its bravely operations, on September 12, 1984, an operational unit of MKO after a reconnaissance mission, assassinates and kills Ghasem Bargir, the then head of Basij Force in Gomrok District of Tehran.
Of the reasons that the Mujahid cites for assassinating of this person, is his responsibility in Basij Force and playing role in sending volunteers to fronts of the war with Iraq.
The Mujahedeen e-Khalq terrorist group assassinated thousands of ordinary Iranian citizens simply because of their interest in revolutionary rituals, support of the Islamic Republic, or membership in revolutionary institutions. 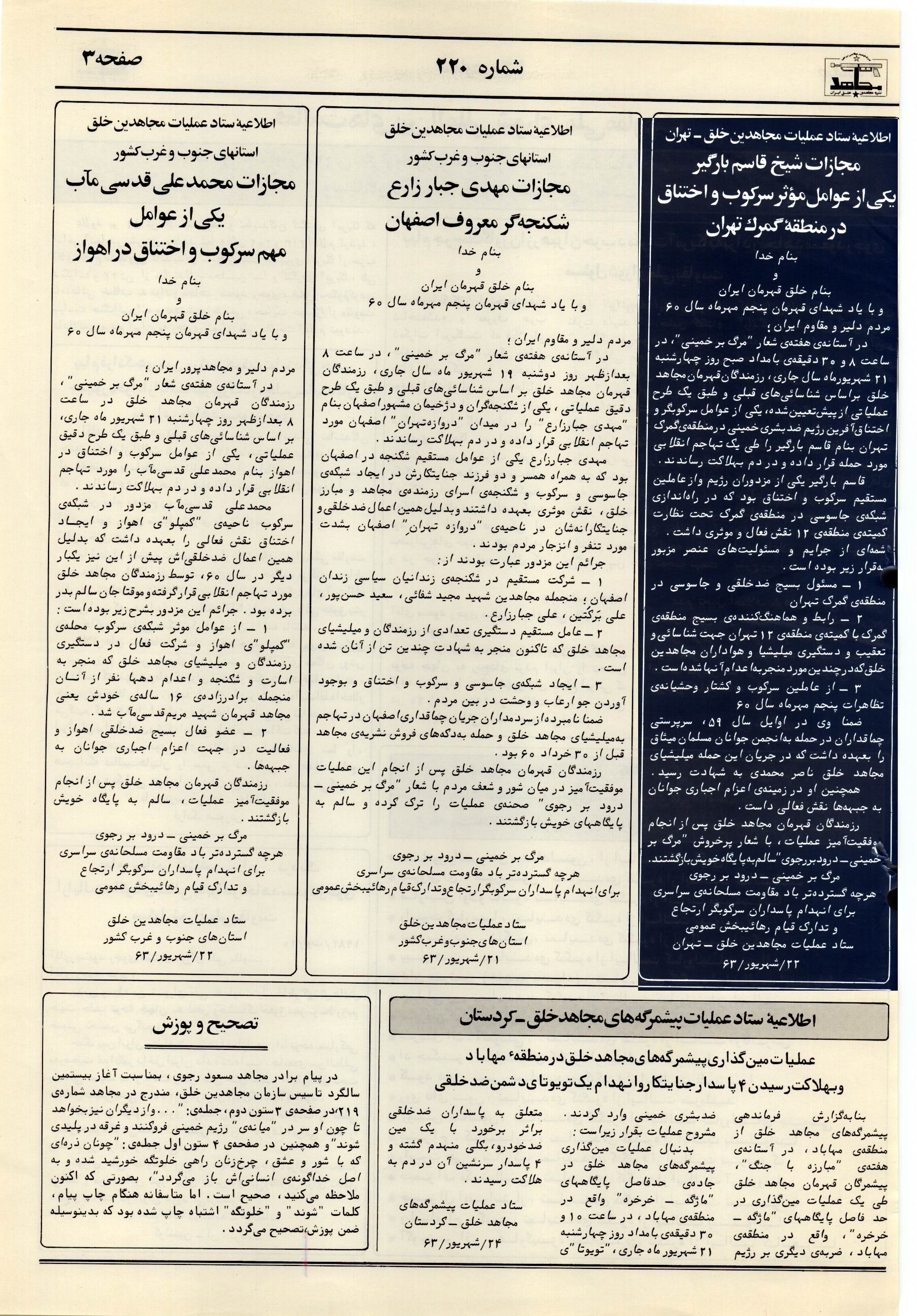