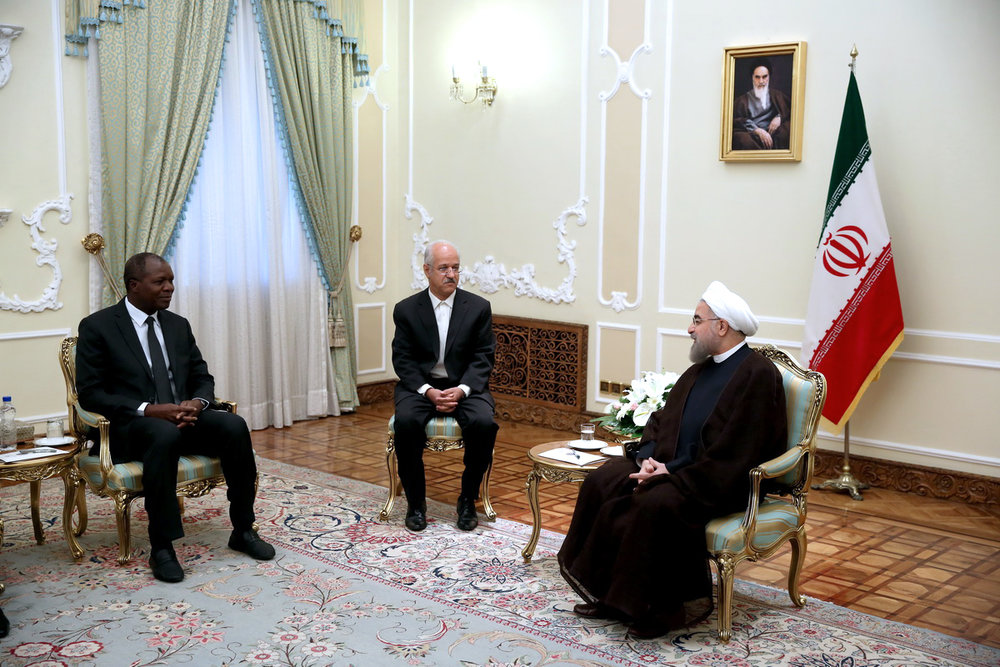 (Tehran Times)- “Terrorism is a big problem in the world and the terrorists have nothing to do with Islam, because Islam is religion of kindness and peace and opposes creating fear, insecurity and murder of the people,” Rouhani said during a meeting with Côte d’Ivoire’s Foreign Minister Abdallah Albert Toikeusse Mabri in Tehran.

Highlighting the necessity of fighting cultural and economic roots of terrorism, Rouhani added that Iran spares no effort in helping countries to counter terrorism.

‘Expanding ties with Africans is a priority'

Rouhani also said that expansion of ties with the African countries is one of Iran’s foreign policy’s principles and that Tehran is ready to deepen relations with Côte d’Ivoire in various areas, especially economy.

Iran and Côte d’Ivoire have many capacities to expand cooperation and steps should be taken to identify these capacities, the president remarked.

For example, he said, Iran is ready to help Côte d’Ivoire in building power plants, roads and dams.

“There has always been good relations between the two countries especially parliamentary ties and Iran’s parliament supports expansion of ties by forming parliamentary friendship group,” he said.