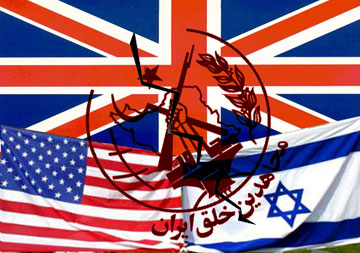 In December 2012, it was revealed that an unnamed British company has bought the movable property of Ashraf Camp, located in the eastern Iraqi province of Diyala near the Iranian border, worth $25 million. It also offered the Iraqi government $500 million for the camp, media reports said.

The unnamed company then declared that 60 percent of the proceeds of the transaction will be given to MKO terrorists.

The terrorist group-let was uprooted from Iraqi soil as stipulated in the country’s law.

The MKO, which is responsible for the deaths of 17,000 Iranians since the 1979 Islamic Revolution, fled to neighboring Iraq in the 1980s. The group received military training from former Iraqi dictator Saddam and set up its camp near the Iranian border in order to be able to carry out terror acts inside Iran.

The group also cooperated with Saddam in the massacres of Iraqi Kurds and in suppressing the 1991 uprisings in southern Iraq.

Later in December 2012, a former MKO member, Massoud Khodabandeh was interviewed on Press TV’s political program The Monarchy where he pointed out that the anti-Iranian terrorist group would not survive without support from Britain and other Western states.

In a documentary called Cult of the Chameleon, aired on Al Jazeera back in 2007, Khodabandeh’s wife Anne Singleton, also a former MKO member from Leeds, UK, explained how she was manipulated and taken into the cult by active MKO terrorist group members, while she attended Leeds University in the 1970s.

“When I became a full-time cult [MKO] member, I gave up everything that I had. I gave up my home and all the possessions in it,” Singleton said on the documentary.

Singleton eventually ended up in the Ashraf garrison for further manipulation and military training. Later on, she managed to escape the prison-like garrison, but with difficulty.

Apart from Iraq and Iran, the European Union (EU), Canada and even the United States had listed the MKO as an active terrorist organization. So how was the cult allowed to freely manipulate, promote and recruit members for itself in a prominent British University?

Moreover, a website called UK Committee in Support of Ashraf (UKCSA) is a London-based organization which openly supports the MKO. The organization has published articles and interviews and proposed the idea of removing the MKO from the US State Department’s list of foreign terrorist organizations.

The UKCSA presents the Ashraf camp with pictures of greenery, flowers and natures, making it look like an attractive location for visiting.

The UK-based website also makes out that it is a legal campaign helping people in the Ashraf garrison who are allegedly sick and that donations are needed to support ill patients in the camp.

More UK support for the MKO came as in April 2012; the American Free Press website reported that Britain takes part in hidden operations in the Middle East to train MKO terrorists to target Iranian scientists and officials.

“MEK fighters have also been trained at secret Middle East sites by special forces teams from Britain, the U.S. and Israel and have been supplied at U.S. taxpayer expense with state-of-the-art weaponry and surveillance gear”, the report said.

The MKO is behind a number of assassinations and bombings inside Iran. A number of EU parliamentarians previously condemned a British court decision to remove the MKO from the British terror list.