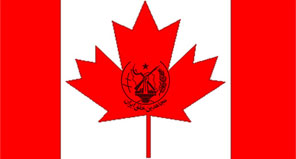 According to IRIB World Service, Iran’s Foreign Ministry issued a statement today and said the irresponsible act by the Canadian government is in contrary to the host country’s commitment to protect Iranian nationals residing in Canada and also in terms of safeguarding assets of Iranian government, referring to possible acts of violence and terror by MKO on Canadian soil.

The statement read that at a time when the international community and the world public opinion talked of terrorist as a main problem in the world and have drawn up certain commitments and obligations concerning campaign against such phenomenon, the ruling Canadian government has removed the name of terrorist outfit MKO from its list of terrorist groups.

The Iranian foreign ministry pointed out that with such a move, there would be no change in the terrorist nature of this grouplet, reminding that manipulation of terrorism, is in fact an open violation of internationally accepted commitments and also a dangerous attempt which may damage peace and international security.

In continuation of hostile policies toward Iran, the government of Canada on Thursday removed the name of MKO from its list of terrorist groups.