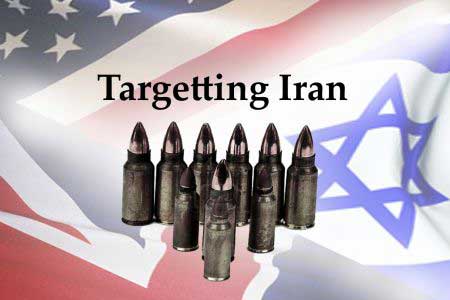 In an article published on infowars.com on October ‎‏19‏‎, Tim Kelly wrote that the warmongers are ‎attempting to “pin the blame for various bombings and so-called cyber attacks on Tehran, although ‎they have provided no evidence to back up their accusations.”‎

‎“Meanwhile, the United States has deployed a powerful armada to the Persian Gulf,” he added.‎

He noted that the United States and her allies have imposed an economic blockade against Iran, ‎‎“which is causing ‎untold suffering for the Iranian people and is considered an act of war by ‎international law.”‎

‎“Of course, the accusations of aggression, terrorism, and cyber warfare by the United States and ‎Israel ‎against Iran carry a heavy whiff of irony; Washington and Tel Aviv are indeed guilty of ‎committing the ‎very acts they accuse Tehran of.‎

Kelly made reference to the US invasion and occupation of two of Iran’s neighboring countries (Iraq ‎and ‎Afghanistan) and its bases to the north of Iran in central Asia, and the deployment of ‎warships to ‎the Persian Gulf and posed the question that “who’s the aggressor?”‎

‎“The U.S. and Israeli governments have also been supporting the terrorist group Mujahedeen e-‎Khalq ‎‎(MEK) for years as part of their proxy war against Iran,” he added. “MEK has long been recognized as ‎a ‎violent and extremist organization that has shed innocent Iranian and American blood. Indeed, ‎the ‎MEK is included on the U.S. State Department’s list of terrorist organizations, although there ‎is now a ‎well-financed campaign to have the terrorist group de-listed in order to allow the U.S. to ‎legally ‎expand its proxy war. So who’s supporting terrorists?”‎

‎“An objective observer of these events could conclude that it is indeed the United States and ‎Israel ‎who are the aggressors and Iran who is the victim,” he concluded.‎