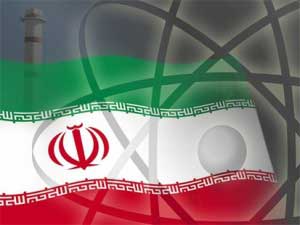 In their latest report, which a top U.S. nuclear expert already said should be treated with great skepticism according to Haaretz, claims that there are 60 scientists and engineers currently playing a role in the alleged Iranian nuclear weapons program.

Even the Israeli military chief Benny Gantz shares this position, making the claims from the NCRI highly suspicious at best.

The NCRI’s track record is far from one which would inspire confidence in the accuracy of their claims.

Since the revealed that uranium enrichment was occurring at the Natanz facility in 2002, they have essentially been unable to produce anything other than propaganda intended to push the international community into attacking Iran and/or ousting Iranian President Mahmoud Ahmadinejad.

Even Haaretz has to highlight that the latest report is filled with details which “could not be verified” and it indeed “appeared timed to encourage a tougher line at talks with Iran the UN nuclear watchdog will have in Vienna on Monday and Tuesday and six world powers will hold in Baghdad on May 23.”

The six page report was shown to Reuters and it cited sources allegedly in the Iranian government and military who claim that a massive team of around 60 individuals are actively pursuing research related to nuclear weapons across 11 agencies, all operating in secret under the control of the defense ministry.

One can make any manner of wild claims while citing supposed insider sources. As long as the details can’t be verified – and thus, cannot be falsified – they can never be challenged.

Unfortunately, some people seem to apply this knowledge selectively, in some cases choosing to give credence to claims made with no evidence while categorically dismissing such claims in other cases.

“Information [...] shows that the clerical regime has expanded the organization responsible for nuclear weapons development,” said the report. “This finding reveals a complete and elaborate, and highly [...] secret research structure and a network for procurement of the required parts and equipment.”

“So far, the identities of 60 directors and experts working in various parts of the New Defense Research Organization and 11 institutions and companies affiliated with it have been detailed,” the report added.

Now, this mind sound compelling, but the simple fact is: not a single one of these claims can be substantiated.

If I told you my high-level government contacts inside the Pentagon told me that all canines are actually hybrid robot-aliens sent to siphon the psychic energy of humans, would you believe me?

While that obviously sounds absurd to many people, there is just as much evidence to support claims such as these as there is to support the claims made by this terrorist group.

Interestingly, the document took a tactic right out of the U.S. government playbook – creating diagrams supposedly showing the hidden command structure, scientists and engineers involved in this alleged secret program.

These sound much like the completely fraudulent diagrams and drawings created in order to trick people into buying the justification for invading Iraq.

The NCRI has called on the United Nations nuclear watchdog agency the International Atomic Energy Agency (IAEA) to carry out a “robust probe” into the Iranian nuclear program and all involved.

While it is often claimed that Iran is blocking an IAEA investigation, this approach is ludicrous given that Israel refuses to allow any of their facilities to be inspected.

The antagonistic Israeli approach to the Iranian nuclear program is far from constructive and is blatantly hypocritical to the point of absurdity.

Hopefully the West can begin to use at least something resembling reason and logic in this situation, or else I fear we might be heading towards a confrontation the likes of which the world has never seen.

As always I hope, above all, that I am completely wrong and that these tensions quickly dissolve and the world can move forward into an era free of incredibly destructive nuclear weapons technology.

Did I forget anything or miss any errors? Would you like to make me aware of a story or subject to cover? Or perhaps you want to bring your writing to a wider audience? Feel free to contact me at This email address is being protected from spambots. You need JavaScript enabled to view it. with your concerns, tips, questions, original writings, insults or just about anything that may strike your fancy.