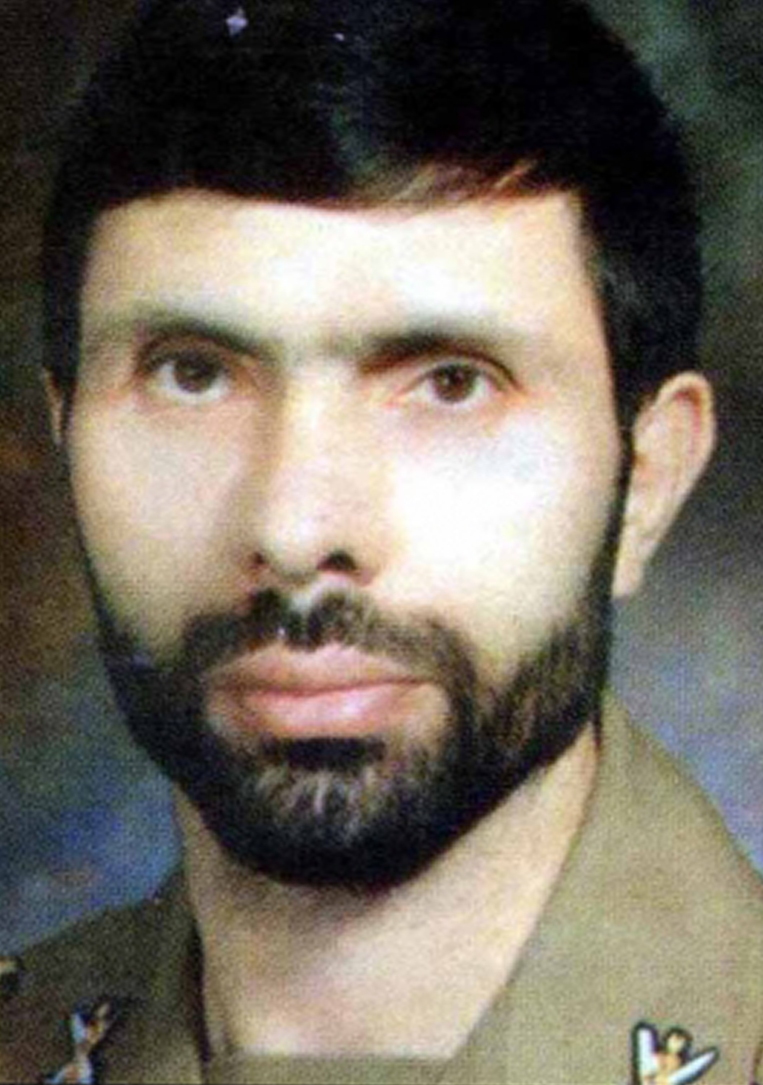 Martyr Ali Sayyad Shirazi was born in Kaboud Gonbad in 1323 (1944). His father was a military man, which motivated Ali to join army too. In 1964 he was admitted as a cadet.

He was promoted to second lieutenant for his ability. Then he was dispatched to the United States in 1974 by army for drill and educating. There he acquainted some of the American with Islam. His new friends called him ''Religious man''. After coming back home, he protested against Shah's reign apparently and supported Islamic revolution along with people, hereby he was jailed for a while.

During Iran-Iraq war he served at many fronts such as Kurdistan. Triumph of many sweeping operations was owed to his plans. He was appointed as commander of the ground forces of Iran for his courage & abilities in war by Ayatollah Khomeini in 1981. In 1988 when Iran's west borders were invaded by Mujahidin Khalq Organization (MKO), Iran's military could smash them under the command of brigadier general Sayyad Shirazi in Mersad operation. 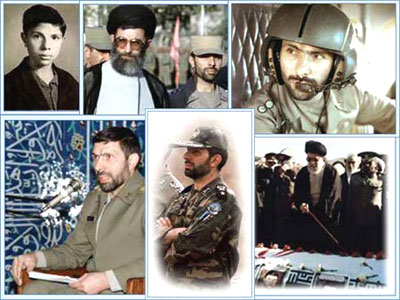 In 1999, on early Saturday morning, he was shot dead in Tehran by unidentified gunmen dressed as street cleaners as he wanted to drive his son to school. At that time, he was the deputy chief of staff of the regular army of the Islamic Republic and a military adviser to the leader of the regime.

In a statement sent to the Associated Press and Reuters, the Iranian opposition group Mujahidin Khalq Organization (MKO) claimed responsibility for Shirazi's assassination. In this statement which was read over the phone to the Associated Press, the organization's spokesman said that Shirazi was killed by the MKO's operatives inside Iran. The group said it killed the general as revenge for his role as commander of Iranian ground forces in Mersad operations.

The Paris-based spokesman, Shaahin Ghobadi said that his organization regarded the Iranian general as a "war criminal,"!!!!! responsible for the deaths of hundreds of opposition members. The MKO claimed to have killed Shirazi as he was "escorted by heavily-armed bodyguards." (He was alone and the assassinators approached him in guise of street cleaners.) 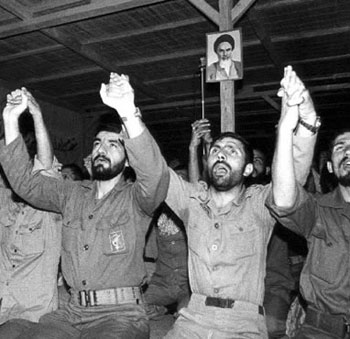 A similar statement was phoned in to the Reuters office in Dubai by an MKO spokesman who identified himself as Ali Safavi. He too was calling from Paris.

The Baghdad-based, Iraqi supported, equipped and trained MKO also claimed responsibility for the killing, but like the officials in Tehran, they did not offered any detail about the operations.

The evening daily "Kayhan", a mouthpiece of the Intelligence Ministry said the General was shot dead with three bullets fired at point blank as he was seated behind the wheel of his car, taking his son to the school.

A statement by the Army read over Tehran Radio said General Sayyad Shirazi, was shot by "terrorists elements" as he was going to work. The Iranian officials to denounce the Mojahedin Khalq use the term"terrorist".

He died in hospital from his wounds shortly after the attack, Tehran television reported. 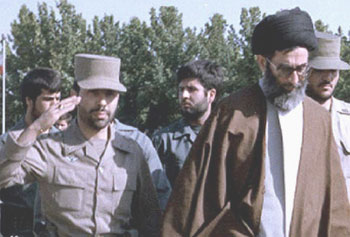 Ayatollah Khamenei in his message on Shirazi's martyrdom said ''the faithful and brave commander of the Islamic army and devoted soldier of the religion and the holy Qur'an attained martyrdom at the hands of the criminal, bloodthirsty and disgraced hypocrites.''

He stressed that this is neither the first nor the last time a faithful and lover of the lofty ideas of the divine faith has been martyred by the dirty, criminal and corrupt hands of those mercenaries who have to earn their livelihood only through serving the enemies of Islam. Praising the services rendered by the late Shirazi, the supreme leader added that the hot plains of Khuzestan and the high mountains of Kordestan had witnessed the preparedness and devotion of the brave and determined man who left numerous memories of his courage and self-sacrifice during the eight-year sacred defense period.

As a hero of the eight-year war with Iraq, where he was the co-ordinator of operations between the regular armed forces and the revolutionary guards, he personally had mounted several successful attacks against the Iraqi invaders. Sayyad Shirazi had also played an important role in crushing of the uprising of the Iranian Kurds in early months after the victory of the Islamic revolution. He had been promoted a week before his martyrdom by Ayatollah Ali Khamenehi, the leader of the Islamic regime of Iran who is also the Commander of all Iranian Armed Forces to the grade of general.

In a statement read by himself over Tehran Radio, Ayatollah Khatami (the then president) promised that this"criminal act will not go unpunished" and assured that the efforts of the terrorists to "push the Iranian society towards violence and stop the rule of law and reforms are condemned to defeat".

General was a hero of the Iran-Iraq war 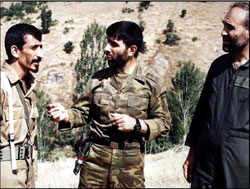 Shirazi was the representative of Ayatollah Ali Khamenei. While Khamenei is nominally the supreme commander of the armed forces, Shirazi as deputy chief of staff, was the army's acting commander. He had also directed most of Iran's ground campaign during the 1980-88 Iran-Iraq war, and was awarded the country's highest military decoration--the"al-Fatah" medal.

Iran has accused the United States and Europe of operating a double standard with regard the Mujahidin Khalq. The MKO has offices in the United States and in several European capitals, and has been known to carry out fund-raising activities in Western countries. In the U.S. the group has gained a measure of respectability, despite the fact that it is on the State Department's list of terrorist organizations. Iran’s Foreign Ministry blamed the West for its "contradictory behavior," saying "the countries that have become a haven for terrorists are encouraging this group to commit such crimes by not taking serious action."