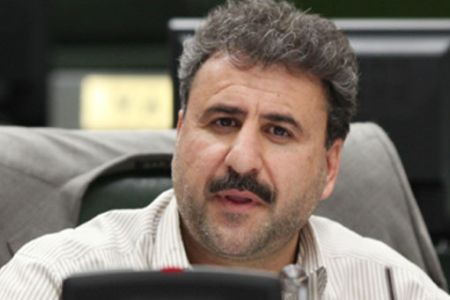 An Iranian lawmaker has urged the government to step up diplomatic efforts to deter terrorists in neighboring countries from hurting Iranian nationals.

"Officials should hold talks with neighboring countries in a bid to destroy anti-Iranian terrorist cells who have found safe havens over the border," IRNA quoted a member of the Majlis' Foreign Policy Commission, Heshmatollah Falahatpisheh, as saying on Friday.

A pair of gunmen on Thursday opened fire on a police patrol in Iran's western city of Sanandaj, killing four officers and a bystander.

The attack, which happened in the city's main square, also wounded five other policemen and four civilians, one who remains in critical condition.

No group has claimed responsibility for the attack.

A ceremony commemorating the victims of the terrorist attack is scheduled to be held in Sanandaj on Saturday.

In September, a bomb explosion near a military parade in West Azarbaijan Province claimed 12 lives and injured at least 80 people.

Shortly afterwards, Iran's Islamic Revolution Guards Corps (IRGC) said it had identified and killed all terrorists associated with the attack in an operation.

Pakistan-based Jundallah terrorists, the banned group PJAK -- an offshoot of the Kurdistan Workers' Party (also known as PKK) -- as well as the Iraq-based Mujahedin Khalq Organization (MKO) have all carried out deadly attacks against Iranian officials and civilians in the past years.