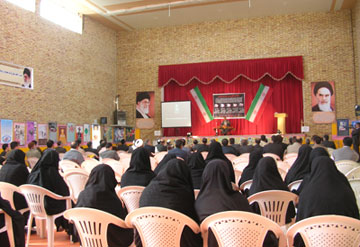 Recently Habilian Association (families of terror victims) held an exhibition titled “Iran; victim of terrorism” in the northeastern town of Quchan in which a part of MKO (a.k.a MEK, PMOI, NCRI) crimes was disclosed to the public.

During the opening ceremony which was attended by the city authorities including the governor and Friday prayer leader as well as university students, Secretary General of Habilian Association delivered his speech, as the keynote speaker, about the bloody history of MKO and the crimes they have so far committed.

Referring to the presence of hypocrisy at the time of Prophet Mohammad (PBUH) and comparing it with the current hypocrisy like that of MKO, Mohammad Javad Hasheminejad spoke of MKO long history of terrorist activities and violence particularly the way they attract people using misleading language. 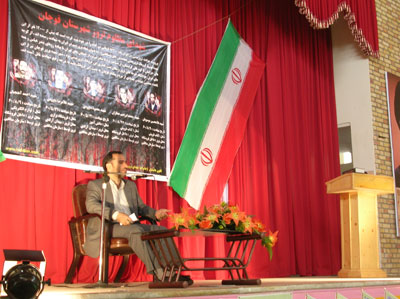 Secretary-General of Habilian Association then pointed to MKO confrontation with the Islamic Revolution and the people and said: during the early years of Iran after the Revolution MKO terrorist organization managed to infiltrate and appoint with its deception some of its elements in the highest positions of the newly established system and make them stand against the Revolution.

In another part of his speech son of late Ayatollah Hasheminejad referred to the philosophy based on which Habilian Association had been formed and said: After the high volume of unjust accusations of supporting terrorism which went to Iran by countries that support terrorism and also their false claim of extensive human rights violations in Iran, a number of people who had lost their most beloved family members in the West- sponsored terrorist operations against Iranians, decided to fight the charges and to show the true face of terrorism in the world and the fact that Iran is a victim of terrorism; a terrorism which is created and supported by the same countries accusing others of supporting terrorism. 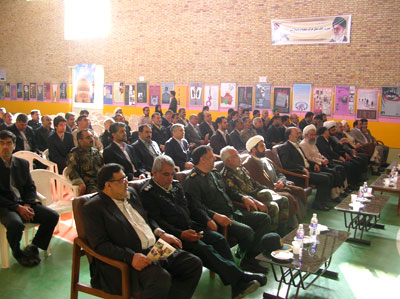 Referring to the current status of the country after the presidential elections, Secretary General of the association representing the families of terror victims in Iran notified the role MKO played in the unrests after the elections and its martyr creating plot according to which MKO elements would kill the people in the street and would film them at the time they would be killed and then by giving it out to the western media they would accuse the Iranian government of killing the innocent people in the street. A very obvious example of such a plan was Neda Agha Soltan’s previously programmed death.

At the end of his speech and by reminding the audience of MKO complicated methods of attracting people using e-mail and SMS, Hasheminejad called for further efforts to introduce MKO and its treasonous history to new generations.