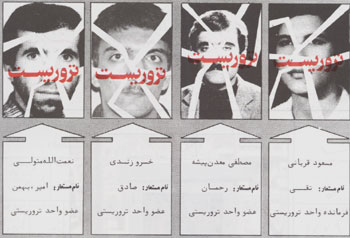 Consesssions of Mehran Asdaghi who played the role of the Mujahedin-e Khalq death squads’ first commander in Tehran:

Course of action: while patrolling in the city, the elements of the MKO terror team come across members of the Islamic Revolution Committee.

The result: such a terrorist operation resulted in the death or wounding of two Islamic Revolution Committee members.